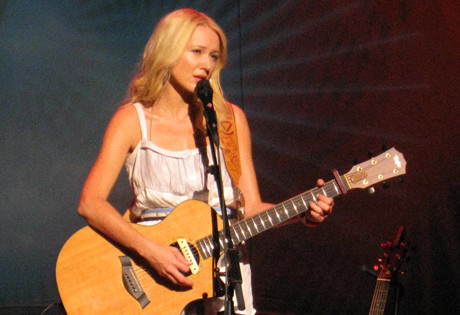 Start by filling out our no-obligation entertainment request form to check pricing and availability for Jewel or whoever else you may want.

Our Jewel agent will be happy to help you get Jewel's availability and booking fee, or the price and availability for any other A-List entertainer, band, comedian or celebrity you may want for your corporate event, private party, wedding, birthday party or public show.

Jewel Kilcher was born in Payson, Utah in 1974 but moved to Homer, Alaska as a child. Jewel was lucky enough to grow up in a musical household; her parents were singer/songwriters and by the age of six Jewel was occasionally performing alongside them at local tourist attractions. Her parents divorced while she was young, and she chose to tour with her father for seven years before attending Michigan’s Interlochen Fine Arts Academy.

It was at the academy that Jewel began to write her first songs. After graduating, she moved to San Diego, near her mother, and began performing in local coffeehouses. Jewel’s impressive performances spread by word of mouth, and she established a strong local following. By 1995, Jewel had been signed to a major record label and two years later, Pieces of You, her debut, was released to extraordinary success. While it was nearly a year after its release before it even showed on the charts, on the strength of “Who Will Save Your Soul” the album eventually became a major hit.  The chart-toppers “Foolish Games” and “You Were Meant For Me” followed, and Jewel’s career was well on its way.

Spirit followed in 1999, along with Jewel’s release of Night Without Armor, a collection of spoken word poetry. This Way came in 2001, followed by 0340, a more dance-pop album, in 2003, and then Goodbye Alice in Wonderland, in 2006. In 2008, Jewel released her first country music album, Perfectly Clear, and the album debut at number one on the charts. “Stronger Woman” entered the charts in the Top Twenty, and the follow-up single, “I Do,” was equally successful.

In 2009, Jewel returned with Lullaby, featuring the artist’s interpretation of a variety of children’s lullabies, including “Somewhere Over the Rainbow,” and in 2010, she released “Stay Here Forever,” and “Satisfied” off her new album Sweet and Wild. An additional album release is anticipated for 2013, and she continues to write, record, and perform.

For more information on booking Jewel, please contact Booking Entertainment. One of our top booking agents will be happy to work on your behalf to get you the best possible price to book any big name entertainer for your upcoming public, private or corporate event worldwide.

Booking Entertainment works to get the best possible Jewel booking fee and Jewel price for our clients while also providing the celebrity or famous entertainer with the level of professionalism and industry norms that they expect from an event run by a professional booking agency and production management.

Booking Entertainment uses our agency / management relationships and over 25 years of production experience to help buyers of headline / top name entertainers and does not claim or represent itself as the exclusive Jewel agent, manager or management company for any of the artists on our site.

Booking Entertainment does not claim or represent itself as the exclusive booking agency, business manager, publicist, speakers bureau or management for Jewel or any artists or celebrities on this website.