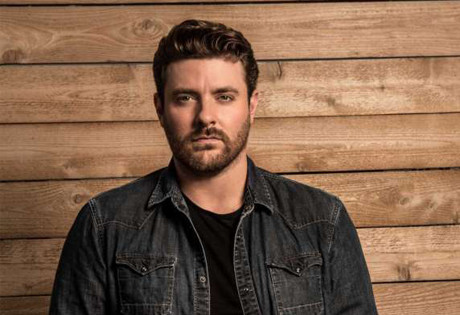 Start by filling out our no-obligation entertainment request form to check pricing and availability for Chris Young or whoever else you may want.

Our Chris Young agent will be happy to help you get Chris Young's availability and booking fee, or the price and availability for any other A-List entertainer, band, comedian or celebrity you may want for your corporate event, private party, wedding, birthday party or public show.

The country music artist Chris Young was born in 1985 in Murfreesboro, Tennessee. Long before Young’s career was launched following his win on Nashville Star in 2006, he developed an interest in music and performance when he was still an elementary school child, appearing in local children’s theater shows and singing in the school choir. Young continued his studies in music all the way through college, until in the mid-2000’s, he was encouraged to audition for the television competition Nashville Star.

Chris Young won Nashville Star in 2006, and immediately after signed with RCA Records. He released his debut single, “Drinkin’ Me Lonely” shortly thereafter, followed by his debut album, Chris Young.  The album spawned the additional singles “You’re Gonna Love Me” and “Voices,” the latter of which became Young’s first top forty hit. But it was Chris’s sophomore effort, with the album The Man I Want to Be, that gave him his first number one country hit with “Getting’ You Home (The Black Dress Song.)” The single also rose into the top forty on the mainstream charts and was followed by another number one country song, “The Man I Want to Be.”

Since that time, Chris Young has also released the albums Neon (2011) and A.M. (2013), giving audiences the additional number one singles “Tomorrow” and “You.” The albums have also spawned the top twenty country hits “Neon,” “I Can Take it From There,” “Aw Naw,” and “Who I Am with You.” This far in his career, Chris young has already been nominated for multiple awards and recognitions, including four Academy of Country Music awards (for Top New Male Vocalist, Top New Solo Vocalist, Single of the Year for “Tomorrow,” and Male Vocalist of the Year); two Country Music Association award (for New Artist of the Year); and a Grammy Award (for Best Male Country Vocal Performance, for “Getting’ You Home (The Black Dress Song.)”

Chris Young’s career is just getting started, but his star has been on a steady rise for the last decade. Chris continues to perform and record, and has plans to return to the studio for his next album release in the coming years.

For more information on booking Chris Young, please contact Booking Entertainment. One of our top booking agents will be happy to work on your behalf to get you the best possible price to book any big name entertainer for your upcoming public, private or corporate event worldwide.

Booking Entertainment works to get the best possible Chris Young booking fee and Chris Young price for our clients while also providing the celebrity or famous entertainer with the level of professionalism and industry norms that they expect from an event run by a professional booking agency and production management.

Booking Entertainment uses our agency / management relationships and over 25 years of production experience to help buyers of headline / top name entertainers and does not claim or represent itself as the exclusive Chris Young agent, manager or management company for any of the artists on our site.

Booking Entertainment does not claim or represent itself as the exclusive booking agency, business manager, publicist, speakers bureau or management for Chris Young or any artists or celebrities on this website.