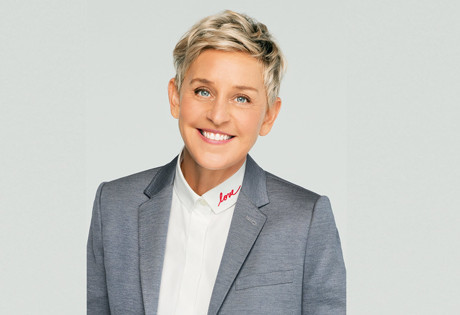 Start by filling out our no-obligation entertainment request form to check pricing and availability for Ellen Degeneres or whoever else you may want.

Our Ellen Degeneres agent will be happy to help you get Ellen Degeneres's availability and booking fee, or the price and availability for any other A-List entertainer, band, comedian or celebrity you may want for your corporate event, private party, wedding, birthday party or public show.

Ellen Degeneres was born in 1958 in Metairie, Louisiana. Ellen fell in love with comedy as a young woman, and by the early 1980’s she was performing at the Comedy Club in New Orleans regularly, often serving as emcee. Her big breakthrough came after a performance on the Tonight Show Starring Johnny Carson, after which she became the first female comedian to be invited to stick around for a chat, a testament to how much she had impressed Carson.

For the next decade, Ellen continued to perform regular stand-up work and she appeared in a few films, including Coneheads in 1993, before ABC approached her with an offer to launch a television series based on her stand-up. The sitcom Ellen debuted in 1994 and ran successfully for four years. The show, and Ellen herself, has become a landmark historical show for its shattering of taboos with regard to homosexuality; shortly after coming out herself, Ellen’s character on the show did the same, becoming the first openly gay lead character in television history.

After taking a break for a few years, Ellen returned to launch her own television talk show in 2001, and The Ellen Show has since become a smash-hit daytime favorite, garnering both critical and popular acclaim. The Ellen Show has garnered twenty-five Emmy Awards so far in its run, and it continues to be among CBS’s most highly rated shows. Recently, Degeneres has also become famous for her hosting of the Emmy Awards, the Academy Awards, and for her run as a judge on American Idol in its ninth season. She is set to host the Academy Awards again in March of 2014.

In addition to her work on television, DeGeneres is nearly as famous for her voicing of the character Dory in the Disney/Pixar smash hit Finding Nemo, and for her commitment to a variety of charitable and philanthropic endeavors. In particular, as an animal lover and vegan, Ellen is an avid supporter of the Humane Society and other animal-oriented charities.

For more information on booking Ellen Degeneres, please contact Booking Entertainment. One of our top booking agents will be happy to work on your behalf to get you the best possible price to book any big name entertainer for your upcoming public, private or corporate event worldwide.

Booking Entertainment works to get the best possible Ellen Degeneres booking fee and Ellen Degeneres price for our clients while also providing the celebrity or famous entertainer with the level of professionalism and industry norms that they expect from an event run by a professional booking agency and production management.

Booking Entertainment uses our agency / management relationships and over 25 years of production experience to help buyers of headline / top name entertainers and does not claim or represent itself as the exclusive Ellen Degeneres agent, manager or management company for any of the artists on our site.

Booking Entertainment does not claim or represent itself as the exclusive booking agency, business manager, publicist, speakers bureau or management for Ellen Degeneres or any artists or celebrities on this website.