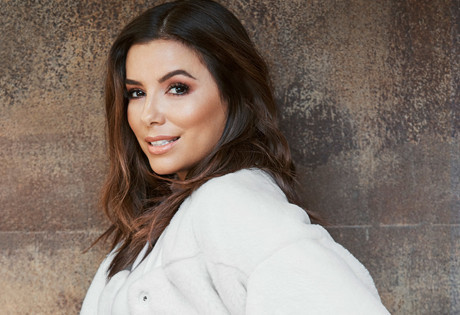 Start by filling out our no-obligation entertainment request form to check pricing and availability for Eva Longoria or whoever else you may want.

Our Eva Longoria agent will be happy to help you get Eva Longoria's availability and booking fee, or the price and availability for any other A-List entertainer, band, comedian or celebrity you may want for your corporate event, private party, wedding, birthday party or public show.

The American actress, producer, and activist Eva Longoria was born in 1975 in Corpus Christi, Texas. After graduating from high school, Eva began her studies in kinesiology at Texas A&M University-Kingsville. But during this time she also began competing in various pageants, which ultimately led to an offer to sign with an agent in Los Angeles. Although Longoria began her work as a model and actress, she did complete her undergraduate studies, and years later went on to receive her M.A. in Chicano Studies from California State University in 2013.

Longoria’s first television roles were in the late 1990’s and early 2000’s, appearing in small roles on Beverly Hills, 90210 and then on the soap opera General Hospital. This led to her first recurring role, on The Young and the Restless in the role of Isabella Brana (2001 to 2003.) But Eva’s big break came in 2003 when she was cast as Gabrielle Solis in the hit comedy-drama Desperate Housewives; today this is still the role with which she is most frequently associated. The role earned Eva a Golden Globe Award nomination for Best Performance by an Actress in a Television Series, and earned her an ALMA Award in 2006. In addition to her roles on television, Eva Longoria has appeared in a number of films, including Harsh Times (2005), The Sentinel (2006), and Over Her Dead Body (2008.)

Outside of her work in television and film, Eva Longoria is also an investor in the Hollywood restaurant Beso, and she has authored the book Eva’s Kitchen: Cooking with Love for Family and Friends (2011.) Longoria is also a noted philanthropist and activist, having founded her own organization, Eva’s Heroes, to assist developmentally disabled children. Other organizations and foundations which she supports include: Clothes Off Our Back Foundation, Project HOME, OmniPeace, and various programs which raise awareness for the plight of child migrant farm workers.

Today, Eva Longoria continues to act in film and on television, but she also serves as executive producer for the series Devious Maids for the Lifetime network. Longoria also continues her work with her various charities; most recently, she established The Eva Longoria Foundation, which seeks to close the education gap for minorities. The foundation boasts among its biggest investors and supporters none other than billionaire Warren Buffett.

For more information on booking Eva Longoria, please contact Booking Entertainment. One of our top booking agents will be happy to work on your behalf to get you the best possible price to book any big name entertainer for your upcoming public, private or corporate event worldwide.

Booking Entertainment works to get the best possible Eva Longoria booking fee and Eva Longoria price for our clients while also providing the celebrity or famous entertainer with the level of professionalism and industry norms that they expect from an event run by a professional booking agency and production management.

Booking Entertainment uses our agency / management relationships and over 25 years of production experience to help buyers of headline / top name entertainers and does not claim or represent itself as the exclusive Eva Longoria agent, manager or management company for any of the artists on our site.

Booking Entertainment does not claim or represent itself as the exclusive booking agency, business manager, publicist, speakers bureau or management for Eva Longoria or any artists or celebrities on this website.