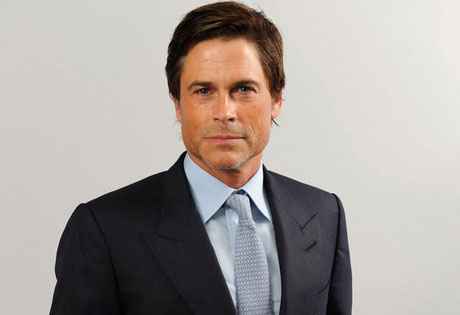 Start by filling out our no-obligation entertainment request form to check pricing and availability for Rob Lowe or whoever else you may want.

Our Rob Lowe agent will be happy to help you get Rob Lowe's availability and booking fee, or the price and availability for any other A-List entertainer, band, comedian or celebrity you may want for your corporate event, private party, wedding, birthday party or public show.

The actor Rob Lowe was born in 1964 in Charlottesville, Virginia. After his parents divorce, Rob moved to Malibu, California, to live with his mother, where he attended high school with a group of young men who would grow up to be notable actors themselves, including Sean Penn, Robert Downey Jr., and Charlie Sheen.

Rob’s breakthrough came in the television movie Thursday’s Child (1983), which earned him a Golden Globe Award nominations for Best Supporting Actor. His big screen debut, in The Outsiders, earned him further acclaim later that same year, and almost immediately rocketed Rob Lowe to stardom. The film also established the careers of Tom Cruise, Emilio Estevez, C. Thomas Howell, and Ralph Macchio, who became immediate heartthrobs for the female generation.
Throughout the remainder of the 1980’s, Lowe dominated the box office, appearing in such films as: Oxford Blues (1984), St. Elmo’s Fire (1985), About Last Night (1986), Square Dance (1987), Illegally Yours (1988.)

For much of the 1990’s, Rob Lowe’s career seemed far more embroiled in notoriety than acclaim, with a number of small scandals surrounding his personal life. But in 1999, Lowe began his run on the acclaimed hit series The West Wing, as the character of Sam Seaborn, and suddenly he was not only back in the game, but rising in status to a new generation which recognized him for the talented actor he is. Lowe remained with the series all the way through to 2006, appearing in nearly one hundred episodes, and earning award nominations from the Primetime Emmys, Golden Globes, and Screen Actors Guild Awards. In 2010 he began another successful run as the character of Chris Traeger on Parks and Recreation.

In the last few years, Rob Lowe has also appeared in the television films Prosecuting Casey Anthony and Behind the Candelabra, both in 2013, and in the movies Sex Tape and Pocket Listing, both in 2014. Lowe is also the author of the memoir Stories I Only Tell My Friends, which was published in 2011.

For more information on booking Rob Lowe, please contact Booking Entertainment. One of our top booking agents will be happy to work on your behalf to get you the best possible price to book any big name entertainer for your upcoming public, private or corporate event worldwide.

Booking Entertainment works to get the best possible Rob Lowe booking fee and Rob Lowe price for our clients while also providing the celebrity or famous entertainer with the level of professionalism and industry norms that they expect from an event run by a professional booking agency and production management.

Booking Entertainment uses our agency / management relationships and over 25 years of production experience to help buyers of headline / top name entertainers and does not claim or represent itself as the exclusive Rob Lowe agent, manager or management company for any of the artists on our site.

Booking Entertainment does not claim or represent itself as the exclusive booking agency, business manager, publicist, speakers bureau or management for Rob Lowe or any artists or celebrities on this website.