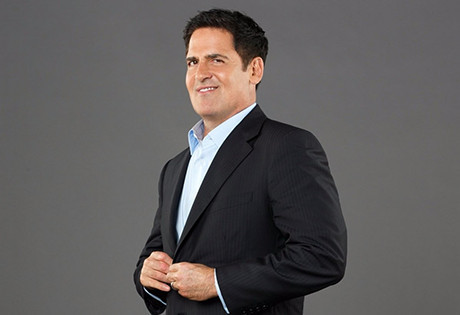 Start by filling out our no-obligation entertainment request form to check pricing and availability for Mark Cuban or whoever else you may want.

Our Mark Cuban agent will be happy to help you get Mark Cuban's availability and booking fee, or the price and availability for any other A-List entertainer, band, comedian or celebrity you may want for your corporate event, private party, wedding, birthday party or public show.

American businessman and investor Mark Cuban was born in 1959 in Pittsburgh, Pennsylvania. Cuban grew up in a working class family, and harbored a strong work ethic from a very young age. His earliest business ventures as a teenager were largely to raise funds for things he wanted, such as a pair of basketball shoes, which he paid for through earnings from the sales of garbage bags.

Mark Cuban started his university studies at the University of Pittsburgh but then transferred to Indiana University, graduating from the Kelley School of Business with a degree in Business Administration in 1981. During his years in school, Cuban worked constantly in a variety of jobs to raise money for his own business ventures, which included dance lessons and a bar. By 1982, Mark had moved to Dallas, Texas, where he began working as a salesperson in the burgeoning personal computer industry. Ultimately, he started his own company, MicroSolutions, a software reseller and system integrator. The company grew to be enormously successful, and less than ten years later Cuban sold it to CompuServe for six million dollars.

The transaction led to life-long career of investments and developments which have made Mark Cuban one of the era’s most well-known billionaires. Cuban’s investments are too numerous to mention in their entirety, but include: Landmark Theaters, a chain of art-house movie theaters; AXS TV, the first high-def satellite network; 2929 Entertainment, a film production company; and Magnolia Pictures.

Since 2012, Mark Cuban has been featured as one of the “shark” investors on the hit ABC reality show Shark Tank. His start-up and investment deals through Shark Tank total nearly one hundred, with nearly twenty million invested.

Most recently, Mark Cuban has been a vocal supporter of the “Stop Trump” movement, and although he largely identifies with the Libertarian political ideology, Cuban endorsed Hillary Clinton in the 2016 presidential campaign, and served as a very vocal critic of Donald Trump’s claims of business success in an effort to prevent his rise to the presidency.

For more information on booking Mark Cuban, please contact Booking Entertainment. One of our top booking agents will be happy to work on your behalf to get you the best possible price to book any big name entertainer for your upcoming public, private or corporate event worldwide.

Booking Entertainment works to get the best possible Mark Cuban booking fee and Mark Cuban price for our clients while also providing the celebrity or famous entertainer with the level of professionalism and industry norms that they expect from an event run by a professional booking agency and production management.

Booking Entertainment uses our agency / management relationships and over 25 years of production experience to help buyers of headline / top name entertainers and does not claim or represent itself as the exclusive Mark Cuban agent, manager or management company for any of the artists on our site.

Booking Entertainment does not claim or represent itself as the exclusive booking agency, business manager, publicist, speakers bureau or management for Mark Cuban or any artists or celebrities on this website.