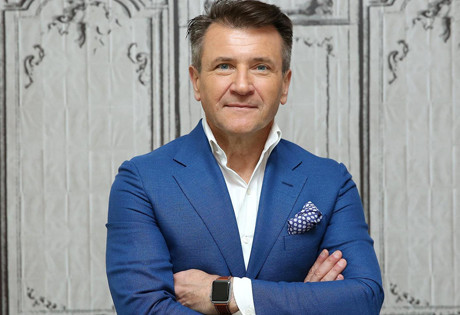 Start by filling out our no-obligation entertainment request form to check pricing and availability for Robert Herjavec or whoever else you may want.

Our Robert Herjavec agent will be happy to help you get Robert Herjavec's availability and booking fee, or the price and availability for any other A-List entertainer, band, comedian or celebrity you may want for your corporate event, private party, wedding, birthday party or public show.

The Canadian investor and television personality Robert Herjavec was born in 1962 in Varazdin, Croatia. Herjavec’s family fled Croatia after his father, a political dissident, found himself in jeopardy for speaking his views against the country’s current regime. The Herjavec family settled in Halifax first, and then moved to Toronto, where Robert spent his formative years.

After graduating from the University of Toronto with a degree in English literature and political science in 1984, Robert Herjavec began working in film, mostly in roles as a production assistant and assistant director. He also served as a producer for Global TV’s broadcast of the XIV Winter Olympic Games in Sarajevo, Bosnia, and Herzegovina. But Robert harbored a strong desire to enter the growing business sector of technology, and so with no experience in the industry, he convinced Logiquest to hire him on a trial basis.

Herjavec eventually rose to become General Manager of the company, after which time he left Logiquest to form his own company, BRAK Systems, which specialized in security software. The move became Robert Herjavec’s rise to wealth and prominence; by the time the company was sold to AT&T in 2000, it was valued at over thirty million dollars. Next came the Herjavec group, which has since grown to become one of Canada’s largest and most profitable IT security providers.

Today, Robert Herjavec is best known for his role on the ABC reality competition series Shark Tank, where entrepreneurs are given the opportunity to pitch their companies and products to potential investors, Herjavec being one of them. With the success of the show, Robert has grown to become one of the most recognizable television personalities of the era. He has also authored three books - Driven: How to Succeed in Business and Life (2010); The Will to Win: Leading, Competing, Succeeding (2013); and You Don’t Have to Be a Shark: Creating Your Own Success (2016.)

For more information on booking Robert Herjavec, please contact Booking Entertainment. One of our top booking agents will be happy to work on your behalf to get you the best possible price to book any big name entertainer for your upcoming public, private or corporate event worldwide.

Booking Entertainment works to get the best possible Robert Herjavec booking fee and Robert Herjavec price for our clients while also providing the celebrity or famous entertainer with the level of professionalism and industry norms that they expect from an event run by a professional booking agency and production management.

Booking Entertainment uses our agency / management relationships and over 25 years of production experience to help buyers of headline / top name entertainers and does not claim or represent itself as the exclusive Robert Herjavec agent, manager or management company for any of the artists on our site.

Booking Entertainment does not claim or represent itself as the exclusive booking agency, business manager, publicist, speakers bureau or management for Robert Herjavec or any artists or celebrities on this website.