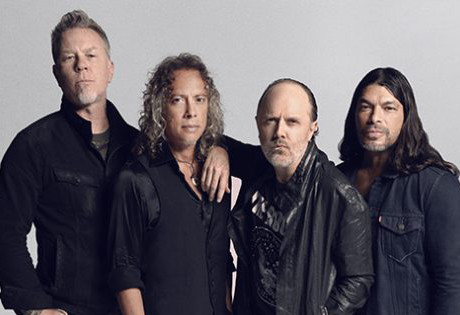 Start by filling out our no-obligation entertainment request form to check pricing and availability for Metallica or whoever else you may want.

Our Metallica agent will be happy to help you get Metallica's availability and booking fee, or the price and availability for any other A-List entertainer, band, comedian or celebrity you may want for your corporate event, private party, wedding, birthday party or public show.

Among American heavy metal bands, Metallica ranks at the top of the list, as a band which while remaining true to its genre while managing to achieve a significant amount of mainstream crossover success. Metallica has given American audiences some of the most memorable hard rock and metal classics, many of which also rose to spots in the top 40 on the mainstream charts.

Funded in the early 1980’s, Metallica began as the brainchild of drummer Lars Ulrich. The band released the albums Kill ‘Em All (1983) and Ride the Lightning (1984), while performing frequnelty and expanding their fan base, before releasing their critically acclaimed album Master of Puppets (1986.) To date the album is considered among the most significant in American metal music history, although Metallica’s breakthrough commercial success actually came from their self-titled album released in 1991. Metallica rose to number one on the Billboard charts and spawned the mainstream crossover hits “Enter Sandman,” “The Unforgiven,” “Nothing Else Matters,” and “Wherever I May Roam.” Since that time, Metallica has enjoyed continued critical and commercial success, with the chart-topping albums: Load (1996), Reload (1997), St. Anger (2003), and Death Magnetic (2008.) The albums spawned the additional hits: “Sad But True,” “Until it Sleeps,” “Hero for the day,” “King Nothing,” “The Memory Remains,” “ Fuel,” “Turn the Page,” “No Leaf Clover,” “I Disappear,” “St. Anger,” “The Day That Never comes,” “Cyanide,” “All Nightmare Long,” and “Broken, Beat & Scarred.”

Along the way, Metallica racked up eight Grammy Awards, two American Music Awards, and more than a dozen awards from other industry associations, in categories such as Best Metal Performance, Best Hard Rock Performance, Favorite Metal Artist, and Best Album. However, around the turn of the millennium, the band also became famous for its campaign against music piracy, as Lars Ulrich served as the voice for a lawsuit against Napster and many of its affiliates for violation of multiple copyright laws.

Thus far, Metallica has released a total of nine albums and thirty-seven singles, with sales topping one hundred million worldwide, making it among the top-selling music artists in general. Metallica continues to perform, tour, and record, with current members James Hetfield, Lars Ulrich, Kirk Hammett, and Robert Trujillo. Most recently, Metallica has started its own music festival, the Orion Music + More, in 2012, and announced plans for a new album set for release in 2014. The band also formed its own record label, Blackened Records, in 2012.

For more information on booking Metallica, please contact Booking Entertainment. One of our top booking agents will be happy to work on your behalf to get you the best possible price to book any big name entertainer for your upcoming public, private or corporate event worldwide.

Booking Entertainment works to get the best possible Metallica booking fee and Metallica price for our clients while also providing the celebrity or famous entertainer with the level of professionalism and industry norms that they expect from an event run by a professional booking agency and production management.

Booking Entertainment uses our agency / management relationships and over 25 years of production experience to help buyers of headline / top name entertainers and does not claim or represent itself as the exclusive Metallica agent, manager or management company for any of the artists on our site.

Booking Entertainment does not claim or represent itself as the exclusive booking agency, business manager, publicist, speakers bureau or management for Metallica or any artists or celebrities on this website.