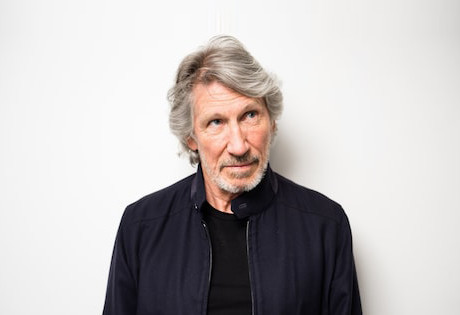 Start by filling out our no-obligation entertainment request form to check pricing and availability for Roger Waters or whoever else you may want.

Our Roger Waters agent will be happy to help you get Roger Waters's availability and booking fee, or the price and availability for any other A-List entertainer, band, comedian or celebrity you may want for your corporate event, private party, wedding, birthday party or public show.

George Roger Waters was born in 1943 in Surrey, England, to well-educated and politically active parents. Unfortunately, Roger lost his father during the war in 1944, and shortly thereafter he moved with his mother to Cambridge, where he spent the rest of his childhood and young adult years. It was in junior high school that Waters met Roger (Syd) Barrett and David Gilmour, a friendship that would help him form the future lineup for Pink Floyd.  As a young adult, he attended the University of Westminster to study architecture, and it was there that he met Nick Mason and Richard Wright, who would round out band’s initial lineup.

Waters, Barrett, Mason, and Wright came together to establish Pink Floyd. The Piper at the Gates of Dawn debuted to moderate success in 1967, but A Saucerful of Secrets (1968) fared much better. By this time, David Gilmour had replaced Barrett, and Roger Waters was becoming a more dominant force as the band’s composer. With Pink Floyd, Roger Waters saw hit after hit album, including: Atom Heart Mother (1970), Meddle (1971), Obscured by Clouds (1972), Wish You Were Here (1975), Animals (1977), The Wall (1979), The Final Cut (1983), and of course The Dark Side of the Moon (1973), for which Roger Waters composed most of the lyrics and much of the music. It went on to become one of the most successful rock albums in music history.

After The Final Cut, Pink Floyd disbanded and Roger Waters launched a solo career, as did his band mates. He released the gold album The Pros and Cons of Hitchhiking in 1984, followed by Radio K.A.O.S. in 1987, and began an extensive tour. Amused to Death came next in 1992, and for much of the remaining decade Roger Waters composed his rock opera, Ca Ira, which would eventually release in 2005 and top the classical charts. At the end of the millennium, however, he launched a massive United States tour which would eventually become the double CD In the Flesh Live.

Following a lengthy hiatus, Roger Waters returned in 2005 to reunite once again with Mason, Gilmour, and Wright as Pink Floyd for the Live 8 Concert in London.  The following year Waters launched the Dark Side of the Moon Live tour, which included a complete performance of the iconic album plus material from The Wall. The Wall Live, another tour, continued into 2010 and beyond, and Roger also performed at the tribute concert for Levon Helm in 2012.

Roger Waters continues to perform and tour, and shows no signs of slowing down. His 2011 tour—The Wall Live—is as of 2017 the highest-grossing tour for a solo artist on record. Waters’s most recent album and his first rock album in over two decades, This is the Life We Really Want?, arrived in the summer of 2017.

For more information on booking Roger Waters, please contact Booking Entertainment. One of our top booking agents will be happy to work on your behalf to get you the best possible price to book any big name entertainer for your upcoming public, private or corporate event worldwide.

Booking Entertainment works to get the best possible Roger Waters booking fee and Roger Waters price for our clients while also providing the celebrity or famous entertainer with the level of professionalism and industry norms that they expect from an event run by a professional booking agency and production management.

Booking Entertainment uses our agency / management relationships and over 25 years of production experience to help buyers of headline / top name entertainers and does not claim or represent itself as the exclusive Roger Waters agent, manager or management company for any of the artists on our site.

Booking Entertainment does not claim or represent itself as the exclusive booking agency, business manager, publicist, speakers bureau or management for Roger Waters or any artists or celebrities on this website.