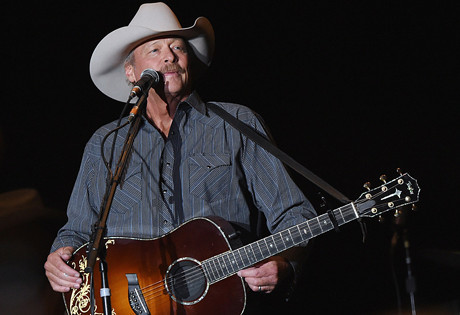 Start by filling out our no-obligation entertainment request form to check pricing and availability for Alan Jackson or whoever else you may want.

Our Alan Jackson agent will be happy to help you get Alan Jackson's availability and booking fee, or the price and availability for any other A-List entertainer, band, comedian or celebrity you may want for your corporate event, private party, wedding, birthday party or public show.

Alan Jackson was born in 1958 in Newnan, Georgia. The young Jackson was drawn to gospel music as a child, singing in the church choir, and by the time he was in high school, Alan had formed his first band. A move to Nashville in the 1980’s helped Jackson make the right contacts to get a career as a singer rolling, and in 1989 he signed to Arista Nashville for his first contract.

Alan Jackson’s debut, “Blue Blooded Woman,” was released shortly thereafter, and although the album didn’t quite make it to the top of the charts, his debut, Here in the Real World, fared well and gave him his first top ten hit with “I’d Love You All Over Again.” Since that time, Alan Jackson has given audiences the albums: Don’t Rock the Jukebox (1991), A Lot About Livin’ (And a Little ‘Bout Love) (1992), Who I Am (1994), Everything I Love (1996), High Mileage (1998), Under the Influence (1999), When Somebody Loves You (2000), Drive (2002), What I Do (2004), Like Red on a Rose (2006), Good Time (2008), and Freight Train (2010.) Although Jackson enjoys the occasional crossover hit, his music rarely finds a home in the mainstream, aside from the staggering success he enjoyed with “Where Were You (When the World Stopped Turning),” released shortly after the September 11th attacks and featured at the 2001 CMA Awards in a live performance. Audiences were so moved by the performance that Alan Jackson enjoyed an enormous crossover hit on a song that was never initially intended to be released as a single.

Since that time, Alan Jackson has released the additional albums Thirty Miles West (2012), Precious Memories Volume II (2013), and Angels and Alcohol (2015.) His albums and singles have earned him innumerous awards and nominations, and has even set the record for the highest number of nominations in one specific year at the CMA Awards. His accolades include: American Music Awards; Academy of Country Music Awards (for albums, singles, and overall recognition as Top Male Vocalist); Country Music Association Awards (for music videos, singles, albums, and Entertainer of the Year and Male Vocalist of the Year); and Grammys for Best Country Song.

Alan Jackson continues to perform and record. In late 2017, he released his latest single, “The Older I Get,” which is the first song from his next studio album, scheduled for release in 2018. Jackson was recently inducted into the Country Music Hall of Fame in 2017.

For more information on booking Alan Jackson, please contact Booking Entertainment. One of our top booking agents will be happy to work on your behalf to get you the best possible price to book any big name entertainer for your upcoming public, private or corporate event worldwide.

Booking Entertainment works to get the best possible Alan Jackson booking fee and Alan Jackson price for our clients while also providing the celebrity or famous entertainer with the level of professionalism and industry norms that they expect from an event run by a professional booking agency and production management.

Booking Entertainment uses our agency / management relationships and over 25 years of production experience to help buyers of headline / top name entertainers and does not claim or represent itself as the exclusive Alan Jackson agent, manager or management company for any of the artists on our site.

Booking Entertainment does not claim or represent itself as the exclusive booking agency, business manager, publicist, speakers bureau or management for Alan Jackson or any artists or celebrities on this website.