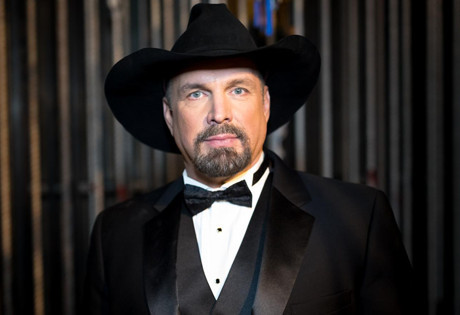 Start by filling out our no-obligation entertainment request form to check pricing and availability for Garth Brooks or whoever else you may want.

Our Garth Brooks agent will be happy to help you get Garth Brooks's availability and booking fee, or the price and availability for any other A-List entertainer, band, comedian or celebrity you may want for your corporate event, private party, wedding, birthday party or public show.

Garth Brooks was born Troyal Garth Brooks in 1962 in Tulsa, Okaholma, into a family that valued the arts and music. Brooks’s mother, who herself had been a country singer, encouraged the children to sing and learn instruments, and by the time he was a teenager, Garth had already mastered the guitar and vocals. An athletic scholarship brought Garth Brooks to Oklahoma State, and upon graduating in the early 1980s, he embarked on a music career, performing in local clubs. Before the end of the decade, Garth Brooks had garnered the attention of record labels, and his debut album was released in 1989.

His debut, Garth Brooks, was an enormous success, reaching into the top of both the country and pop charts. The album’s featured single, “Much Too Young (To Feel This Damn Old),” was also a top ten hit, and the follow-up singles (“Not Counting You,” “The Dance,” and “If Tomorrow Never comes”) also hit the top of the charts, establishing Garth Brooks as a country music sensation. For the next decade, Garth Brooks gave audiences a series of hit albums, including: No Fences (1990), Ropin’ the Wind (1991), Beyond the Season (1992), The Chase (1992), In Pieces (1993), Fresh Horses (1995), and Sevens (1997.) The albums spawned some of country music’s biggest hits, including “Friends in Low Places,” “Unanswered Prayers,” “Two of a Kind, Workin’ on a Full House,” “The Thunder Rolls,” “Shameless,” “What She’s Doing Now,” “The River,” “Somewhere Other Than the Night,” “That Summer,” “Ain’t Goin’ Down (‘Til the Sun Comes Up),” “Americna Honky-Tonk Bar Association,” “She’s Every Woman,” “The Beaches of Cheyenne,” “Longneck Bottle,” and “To Make You Feel My Love.” Following his unsuccessful attempt to create a musical alter-ego, Chris Gaines, Brooks announced that he was leaving country music at the turn of the new millennium and released his “final” album, Scarecrow, in 2001.

Garth Brooks remained out of the spotlight for the next five years, but returned in 2005 to perform for a charity concert to benefit the victims of Hurricane Katrina.  Two years later, an Ultimate Hits set was released, featuring the new single “More than a Memory,” and then Brooks performed a series of sold-out shows in Kansas City. Clearly, Garth was emerging from his retirement, much to the delight of fans, and confirmation of this came in 2009 when Brooks began a two-year run of performances in Las Vegas. Although he has not released new studio albums since, he has continued to perform since periodically, especially for charitable concerts and philanthropic causes. In fact, Garth Brooks has established his own foundation, the Teammates for Kids Foundation, which disburses its finances to a variety of charities benefiting children.  Brooks has also donated profits to charities that benefit environmental causes and Habitat for Humanity.

Garth Brooks is among the best-selling artists of all time, having broken records for live ticket sales and album sales throughout the 1990s. His albums have repeatedly reached multi-platinum, clocking sales in excess of twenty million. For his contributions to music, Brooks has earned fourteen Grammy nominations with two wins, and innumerous other wins and nominations, including: eleven Country Music Association Awards, eighteen Academy of Country Music Awards, and seventeen American Music Awards.

For more information on booking Garth Brooks, please contact Booking Entertainment. One of our top booking agents will be happy to work on your behalf to get you the best possible price to book any big name entertainer for your upcoming public, private or corporate event worldwide.

Booking Entertainment works to get the best possible Garth Brooks booking fee and Garth Brooks price for our clients while also providing the celebrity or famous entertainer with the level of professionalism and industry norms that they expect from an event run by a professional booking agency and production management.

Booking Entertainment uses our agency / management relationships and over 25 years of production experience to help buyers of headline / top name entertainers and does not claim or represent itself as the exclusive Garth Brooks agent, manager or management company for any of the artists on our site.

Booking Entertainment does not claim or represent itself as the exclusive booking agency, business manager, publicist, speakers bureau or management for Garth Brooks or any artists or celebrities on this website.