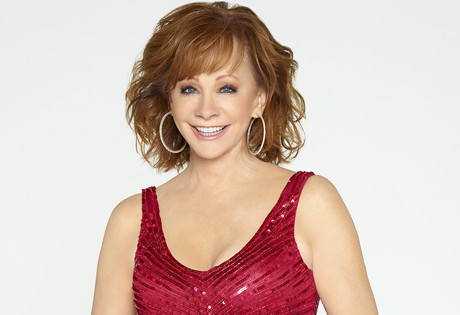 Start by filling out our no-obligation entertainment request form to check pricing and availability for Reba McEntire or whoever else you may want.

Our Reba McEntire agent will be happy to help you get Reba McEntire's availability and booking fee, or the price and availability for any other A-List entertainer, band, comedian or celebrity you may want for your corporate event, private party, wedding, birthday party or public show.

Reba McEntire was born in 1955 in Oklahoma. Reba’s mother had originally had aspirations for a career in music, but instead of pursuing it herself, she fostered a love of music in her children, and taught the young Reba to sing and harmonize. The McEntire children formed a singing group, the Singing McEntires, when they were children, and performed at local town events. While Reba was attenting university, with original plans to become a teacher, she continued to accept gigs as a singer periodically. It was at one of these performances that she caught the eye of another artist, who encouraged her to come to Nashville to record her demo. The demo garnered the interest of Mercury Records, and Reba McEntire signed to the label in the mid 1970’s.

Reba McEntire’s debut single, “I Don’t Want to be a One Night Stand,” released in 1976 but failed to chart. Despite the single’s lack of success, her debut album, Reba McEntire, was released shortly after, but it too failed to chart. Out of a Dream came next in 1979, however, and on the strength of the single “Sweet Dreams,” the album hit the country charts and the single rose into the top twenty. In the following year, “You Life Me Up (To Heaven)” rose to the top ten, and Reba’s third album, Feel the Fire, also found a home on the charts, paving the way for the breakthrough which would come for Reba in the mid-1980’s.

After appearing in films such as Tremors (1990) and One Night at McCool’s (2001), Reba McEntire launched her own series, Reba, in 2001, to both critical and popular acclaim. The series ran for six years and earned McEntire a Golden Globe nomination for Best Actress in a Television Series Musical or Comedy and also a People’s Choice Award for the same category. Reba also appered on stage in the musials Annie Get Your Gun and South Pacific during this time, to rave reviews.  For her achievements in music, Reba McEntire has been recognized with innumerous awards, including twelve American Music Awards for Favorite Country Female Vocalist, seven Academy of Country Music Awards for Top Female Vocalist, and four Country Music Association Awards for Female Vocalist of the Year.

In the new millennium, Reba has released four more albums: Room to Breathe (2003), Reba: Duets (2007), Keep on Loving You (2009), and All the Women I Am (2010.) Reba McEntire continues to perform, record, and act, and is currently finishing work on her next album release.

For more information on booking Reba McEntire, please contact Booking Entertainment. One of our top booking agents will be happy to work on your behalf to get you the best possible price to book any big name entertainer for your upcoming public, private or corporate event worldwide.

Booking Entertainment works to get the best possible Reba McEntire booking fee and Reba McEntire price for our clients while also providing the celebrity or famous entertainer with the level of professionalism and industry norms that they expect from an event run by a professional booking agency and production management.

Booking Entertainment uses our agency / management relationships and over 25 years of production experience to help buyers of headline / top name entertainers and does not claim or represent itself as the exclusive Reba McEntire agent, manager or management company for any of the artists on our site.

Booking Entertainment does not claim or represent itself as the exclusive booking agency, business manager, publicist, speakers bureau or management for Reba McEntire or any artists or celebrities on this website.