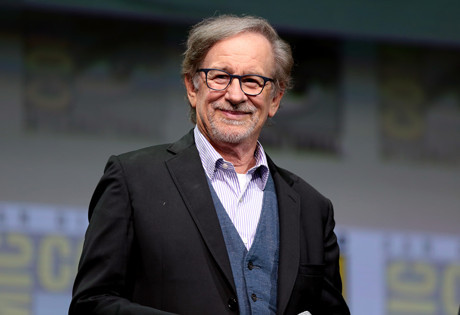 Start by filling out our no-obligation entertainment request form to check pricing and availability for Steven Spielberg or whoever else you may want.

Our Steven Spielberg agent will be happy to help you get Steven Spielberg's availability and booking fee, or the price and availability for any other A-List entertainer, band, comedian or celebrity you may want for your corporate event, private party, wedding, birthday party or public show.

Legendary American director and producer Steven Spielberg was born in 1946 in Cincinnati, Ohio. Spielberg’s parents – an electrical engineer and a concert pianist – moved the family to Phoenix when Steven was in elementary school, where he began to experiment with 8mm cameras in his spare time. Spielberg’s earliest short films shot as a child earned him a few competition awards, and it became clear by the time he had graduated high school that he was a gifted filmmaker in the making.

After high school, Steven Spielberg moved to Los Angeles and attempted to gain admission to the University of Southern California, but his high school GPA wasn’t high enough for admission. He instead attended California State University in Long Beach, where he began working for Universal Studios in a small unpaid intern position, where he had even greater opportunity to learn the craft of filming and editing. His short film, Amblin’, so impressed the studio executives that they offered the young filmmaker a multi-year directing contract. Spielberg dropped out of school and began work with Universal.

With Universal, Steven Spielberg began directing various television episodes, each time impressing the studio executives even more. Universal assigned him to a four-film directing contract, and Spielberg made his first feature, The Sugarland Express, which earned him accolades for his cinematography and strong character-driven storytelling. But his big breakthrough would come with his second film, a thriller-horror about a great white shark.

To this day, Steven Spielberg cites the film Jaws as the project which truly made him into the director we know and respect today. Spielberg’s persistence through the often grueling shoot led to three Academy Awards, box-offices grosses near the five hundred million mark, and a film which has since stood the test of time for its captivating storytelling and brilliant cinematography.

Since Jaws, Spielberg has gone on to write, direct, or produce many of the era’s most endearing and impactful films. Spanning multiple genres and subjects, some of Steven’s most critically acclaimed films include: Close Encounters of the Third Kind (1977), Raiders of the Lost Ark (1981), E.T. the Extra-Terrestrial (1982), The Color Purple (1985), Schindler’s List (1993), Amistad (1997), Munich (2005), and Lincoln (2012.) Spielberg’s films are estimated to have grossed nearly ten billion dollars worldwide, making Spielberg one of the most financially successful directors of all time.

For more information on booking Steven Spielberg, please contact Booking Entertainment. One of our top booking agents will be happy to work on your behalf to get you the best possible price to book any big name entertainer for your upcoming public, private or corporate event worldwide.

Booking Entertainment works to get the best possible Steven Spielberg booking fee and Steven Spielberg price for our clients while also providing the celebrity or famous entertainer with the level of professionalism and industry norms that they expect from an event run by a professional booking agency and production management.

Booking Entertainment uses our agency / management relationships and over 25 years of production experience to help buyers of headline / top name entertainers and does not claim or represent itself as the exclusive Steven Spielberg agent, manager or management company for any of the artists on our site.

Booking Entertainment does not claim or represent itself as the exclusive booking agency, business manager, publicist, speakers bureau or management for Steven Spielberg or any artists or celebrities on this website.