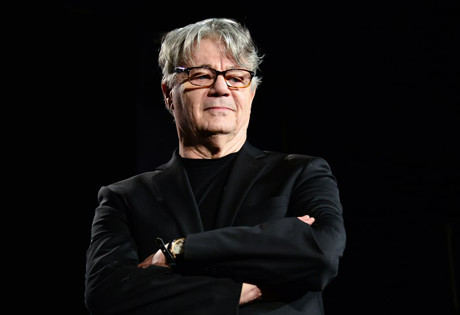 Start by filling out our no-obligation entertainment request form to check pricing and availability for Steve Miller Band or whoever else you may want.

Our Steve Miller Band agent will be happy to help you get Steve Miller Band's availability and booking fee, or the price and availability for any other A-List entertainer, band, comedian or celebrity you may want for your corporate event, private party, wedding, birthday party or public show.

Throughout his music career, which has spanned five decades, Steve Miller has navigated the widest and most varied of terrain. Miller burst onto the San Francisco music scene with the Steve Miller Band in the 1960’s and 1970’s with hits like “Fly Like an Eagle” and “Abracadabra.” A formidable force in the area of blues rock, Steve Miller enjoyed a fortunate childhood. He was exposed to music by his own father, who happened to be friends with musicians such as Les Paul and Charles Mingus. As frequent guests in the home, the artists let Steve Miller observe and learn guitar chords.

The Steve Miller Band at first featured Steve Miller, Lonnie Turner, Tim Davis, and James “Curly” Cooke. Through a series of concerts supported by Chuck Berry, in 1967, the band crafted a strong following. Boz Scaggs replaced Cooke a year later, and Steve Miller Band recorded their first album in London. Sailor, their second album, featured singles such as “Brave New World” and “Space Cowboy.” It found a home at number twenty-four on the Billboard charts. The Joker followed in 1973, and the title track hit number one on the charts, launching The Steve Miller Band on the road to success.

The Steve Miller Band continues to perform and tour with regularity, with the current lineup of Miller, Kenny Lee Lewis, Gordy Knudtson, Joseph Wooten, and Jacob Peterson. The band released Bingo and Let Your Hair Down in 2010 and 2011, respectively, and toured alongside the band Journey in 2014. Most recently, Steve Miller was inducted into the Rock and Roll Hall of Fame, in 2016.

For more information on booking Steve Miller Band, please contact Booking Entertainment. One of our top booking agents will be happy to work on your behalf to get you the best possible price to book any big name entertainer for your upcoming public, private or corporate event worldwide.

Booking Entertainment works to get the best possible Steve Miller Band booking fee and Steve Miller Band price for our clients while also providing the celebrity or famous entertainer with the level of professionalism and industry norms that they expect from an event run by a professional booking agency and production management.

Booking Entertainment uses our agency / management relationships and over 25 years of production experience to help buyers of headline / top name entertainers and does not claim or represent itself as the exclusive Steve Miller Band agent, manager or management company for any of the artists on our site.

Booking Entertainment does not claim or represent itself as the exclusive booking agency, business manager, publicist, speakers bureau or management for Steve Miller Band or any artists or celebrities on this website.