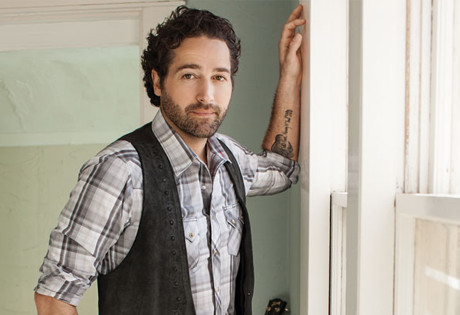 Start by filling out our no-obligation entertainment request form to check pricing and availability for Josh Thompson or whoever else you may want.

Our Josh Thompson agent will be happy to help you get Josh Thompson's availability and booking fee, or the price and availability for any other A-List entertainer, band, comedian or celebrity you may want for your corporate event, private party, wedding, birthday party or public show.

Josh Thompson was born in 1978 in Wisconsin and grew up fairly far removed from the music scene. His earliest years were spent working in construction, even when he was still just a teenager, but after moving to Nashville in 2005, he began to earn gigs as a songwriter. During this time, Thompson penned songs for such notable artists as Jason Michael Carroll, and it wasn’t long before he’d garnered the attention of Columbia Records for his own recording contract.

Josh’s debut, the single “Beer on the Table,” was released in 2009 and landed on the country single charts, debuting at the number fifty-five spot and eventually rising into the top twenty. Thompson’s debut album, Way Out Here, arrived in the following year, and featured ten tracks, nearly all of them written by Josh Thompson himself. The album gave audiences the songs “Blame it on Waylon” and “Won’t Be Lonely Long,” and shortly after their release Josh Thompson began his first tour alongside Eric Church. During this time, Thompson continued to write material for artists such as Brad Paisley and Jason Aldean.

Most recently, Josh Thompson released the single “Comin’ Around” before switching labels to Dog-Universal Music. He currently has plans to return to the studio for a new album release in the near future.

For more information on booking Josh Thompson, please contact Booking Entertainment. One of our top booking agents will be happy to work on your behalf to get you the best possible price to book any big name entertainer for your upcoming public, private or corporate event worldwide.

Booking Entertainment works to get the best possible Josh Thompson booking fee and Josh Thompson price for our clients while also providing the celebrity or famous entertainer with the level of professionalism and industry norms that they expect from an event run by a professional booking agency and production management.

Booking Entertainment uses our agency / management relationships and over 25 years of production experience to help buyers of headline / top name entertainers and does not claim or represent itself as the exclusive Josh Thompson agent, manager or management company for any of the artists on our site.

Booking Entertainment does not claim or represent itself as the exclusive booking agency, business manager, publicist, speakers bureau or management for Josh Thompson or any artists or celebrities on this website.