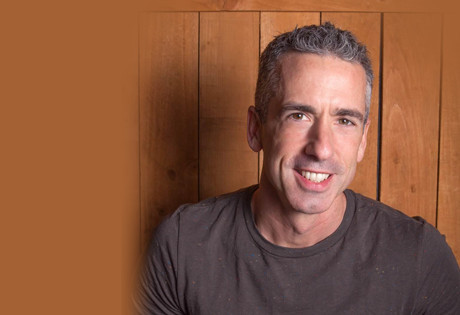 Start by filling out our no-obligation entertainment request form to check pricing and availability for Dan Savage or whoever else you may want.

Our Dan Savage agent will be happy to help you get Dan Savage's availability and booking fee, or the price and availability for any other A-List entertainer, band, comedian or celebrity you may want for your corporate event, private party, wedding, birthday party or public show.

American author, journalist, and activist for the LGBT community Dan Savage was born in 1964 in Chicago, Illinois. Savage initially harbored dreams of becoming an actor, and after graduating from the University of Illinois at Urbana-Champaign with a degree in Acting, he found himself working at a local video store in Madison, Wisconsin. It was there that he met Tim Keck, co-founder of the satirical publication The Onion, and learned of Keck’s plans to launch a new weekly newspaper, The Stranger.

Savage recommended that the paper have an advice column, and Keck agreed it was a great idea, offering Dan the job of writing it himself. The column ultimately became Dan Savage’s foray in to the world of journalism and entertainment, and set the course for a career which has since lasted well into the new millennium. Today, Dan Savage is author of the internationally syndicated column Savage Love, which provide advise on sex and relationships, but he is also the author of multiple books, the director of the It Gets Better Project, and an occasional theater director.

As a theater director, Dan has interpreted many classic works to give them a “queer” bent, with alterations to the gender of key characters; notable works include his interpretation of MacBeth and his parody of the play Equus. As director of the It Gets Better Project, Savage seeks to encourage adults – both heterosexual and LGBT – to record videos assuring bullied youth that live indeed does “get better” later on. The foundation is a response to the tragic suicide of Billy Lucas, who at the age of fifteen took his own life after years of bullying for his sexual orientation.

Dan Savage has grown into one of the most vocal voices against conservative views on homosexuality, frequently clashing with people with whom he disagrees on news programs such as Anderson Cooper 360 and Countdown with Keith Olbermann, and on talk forums such as Real Time with Bill Maher. Savage’s column has been franchised into the television show Savage U on the MTV network and a weekly podcast available via iTunes. Savage’s book, The Kid: What Happened After My Boyfriend and I Decided to Go Get Pregnant, earned him a PEN West Award for Excellence in Creative Nonfiction, and Skipping Towards Gomorrah: The Seven Deadly Sins and the Pursuit of Happiness in America earned him a Lambda Literary Award.

For more information on booking Dan Savage, please contact Booking Entertainment. One of our top booking agents will be happy to work on your behalf to get you the best possible price to book any big name entertainer for your upcoming public, private or corporate event worldwide.

Booking Entertainment works to get the best possible Dan Savage booking fee and Dan Savage price for our clients while also providing the celebrity or famous entertainer with the level of professionalism and industry norms that they expect from an event run by a professional booking agency and production management.

Booking Entertainment uses our agency / management relationships and over 25 years of production experience to help buyers of headline / top name entertainers and does not claim or represent itself as the exclusive Dan Savage agent, manager or management company for any of the artists on our site.

Booking Entertainment does not claim or represent itself as the exclusive booking agency, business manager, publicist, speakers bureau or management for Dan Savage or any artists or celebrities on this website.